See You In Valhalla 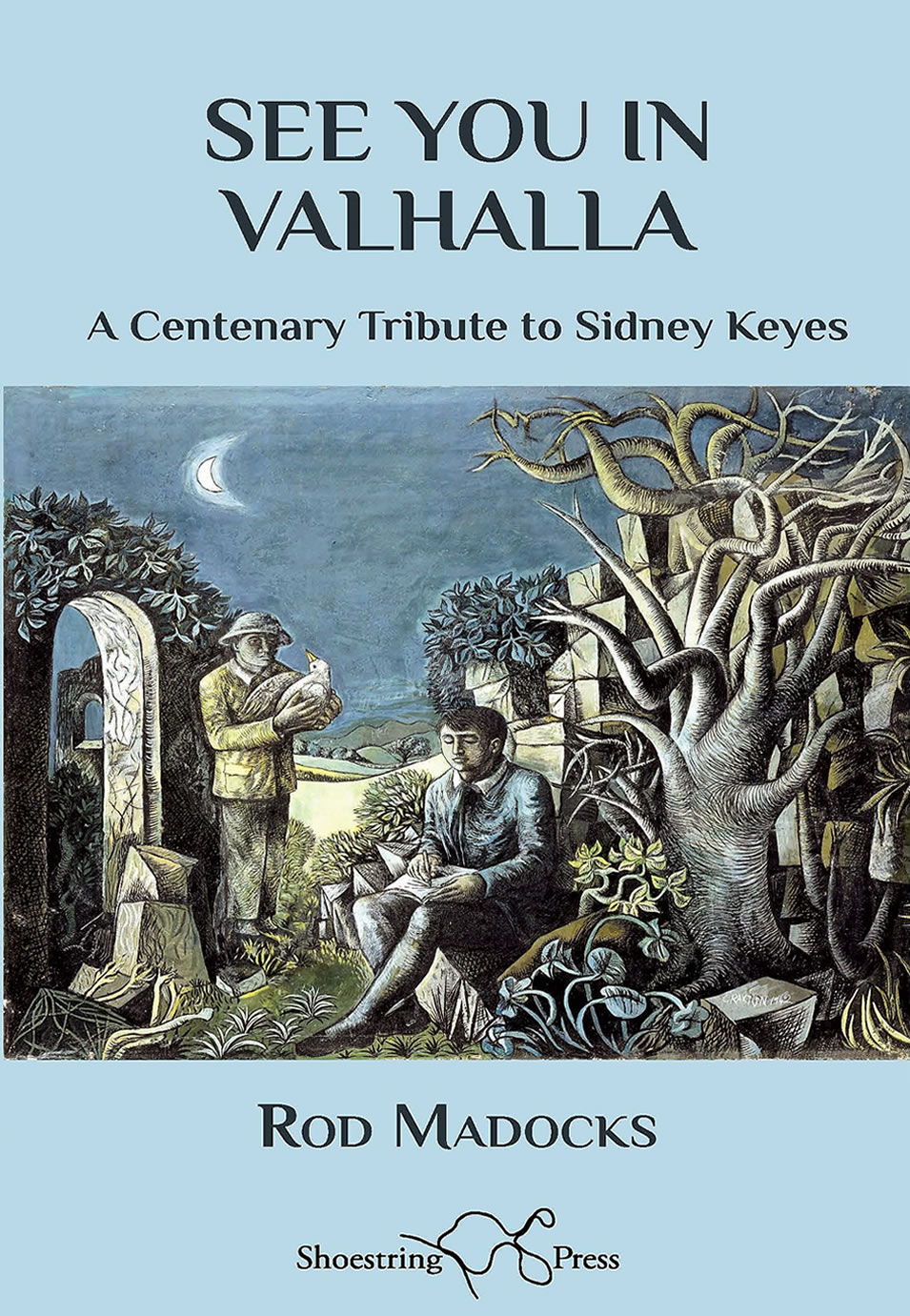 They crossed her face with blood,
They hung her heart,
They dragged her through a pit
Full of quick sorrow.
Yet her small feet
Ran back on the morrow.

Sidney Keyes was considered by his contemporaries to be the Rupert Brooke of his generation of Second World War Poets. His story was one of immense talent cut short by his death at the age of twenty-one on a Tunisian battlefield in 1943. It is now a hundred years since his birth. The novelist, Rod Madocks, here revisits Keyes’ life and celebrates the memory of a remarkable poet, an exiled lover and a courageous man who faced up to the violence of his time. Keyes’ own image of himself was that a candle flame rising up and burning the more brightly just as it was on the point of extinction.